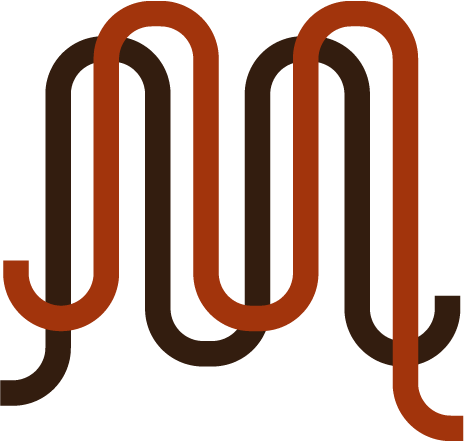 miss midgley’s is the delightful revitalisation of one of Brisbanes oldest heritage homes. The 160 year old stone building has been transformed into 5 self contained apartments. Four of the apartments have 2 bedrooms and the 5th is a glamorous one bedroom studio. Each has air-conditioning, full kitchen, generous bathrooms, a large outdoor private space and a dedicated carpark space. Shared amenities include an elegant heated outdoor pool, petit laundry, book library and bike storage. Guests can stay in one apartment or hire the entire house. Short and long term stays welcome. An off-site house manager is always available.

Located in the heart of New Farm, miss midgley’s is located on the famous James Street,
renowned as a leading retail, cultural and lifestyle destination on a local, national and international scale.

Lisa and Isabella White, mother and daughter, are both architects and the creative team behind this project. Their ambition was to restore and share this piece of history by creating a chic unique boutique accommodation experience grounded in one of Brisbane’s oldest houses.

unique, boutique accommodation in the heart of New Farm

Lodging options at miss midgley’s consist of 5 large apartments, each unique in design and layout. These are no regular hotel rooms, they are designed to be lived in. With 2 separate bedrooms, kitchen and laundry facilities and an elegant pool, guests can stay in a single apartment or rent the whole house for short or long term stays.

Lisa and Isabella White are the creative mother and daughter team behind this adaptive reuse project. Graduates from Masters of Architecture at the University of Queensland, their ambition for miss midgley’s is to restore and share this rare piece of history by creating a hip accommodation experience, grounded in one of Brisbane’s oldest buildings. 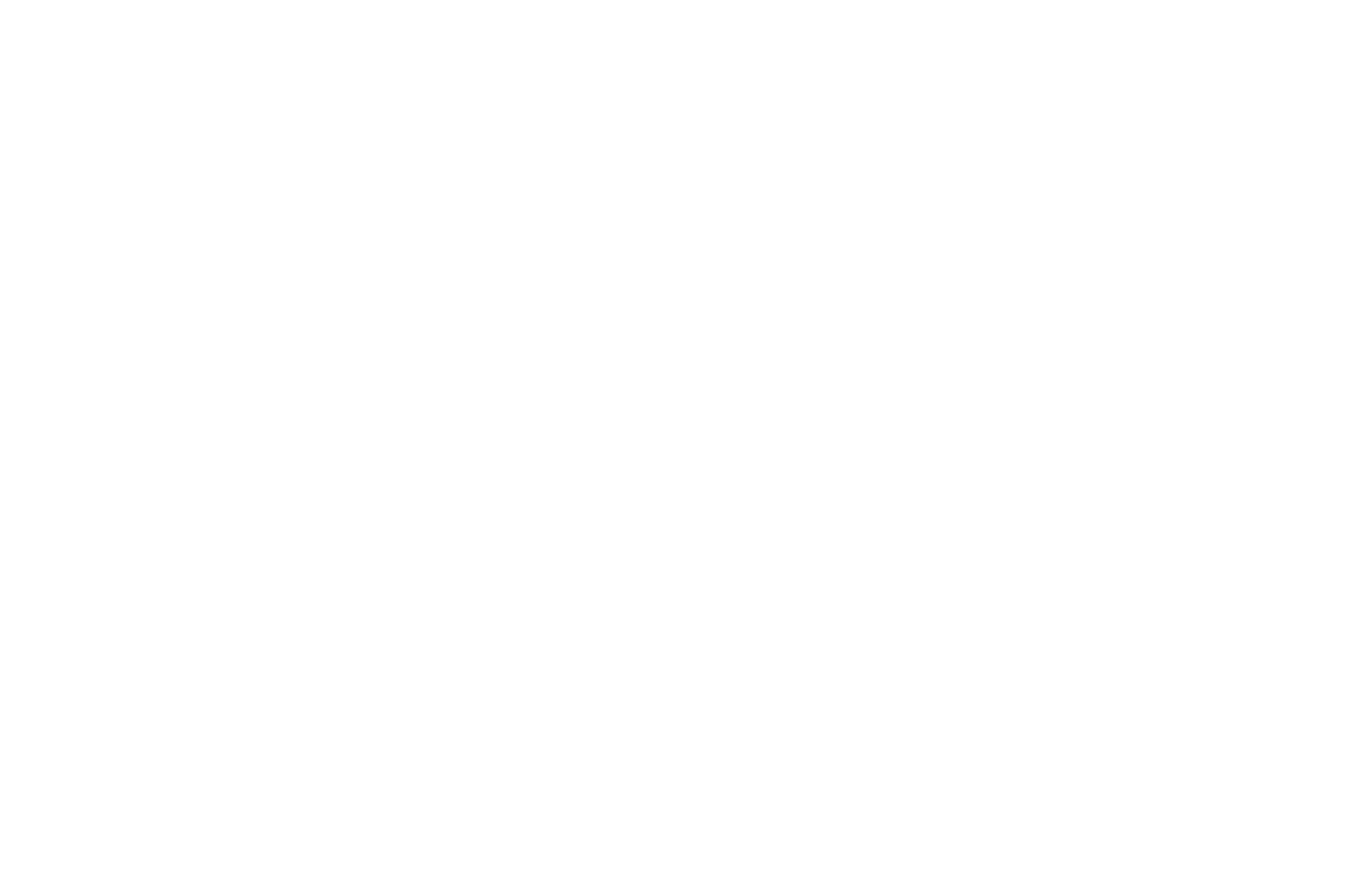 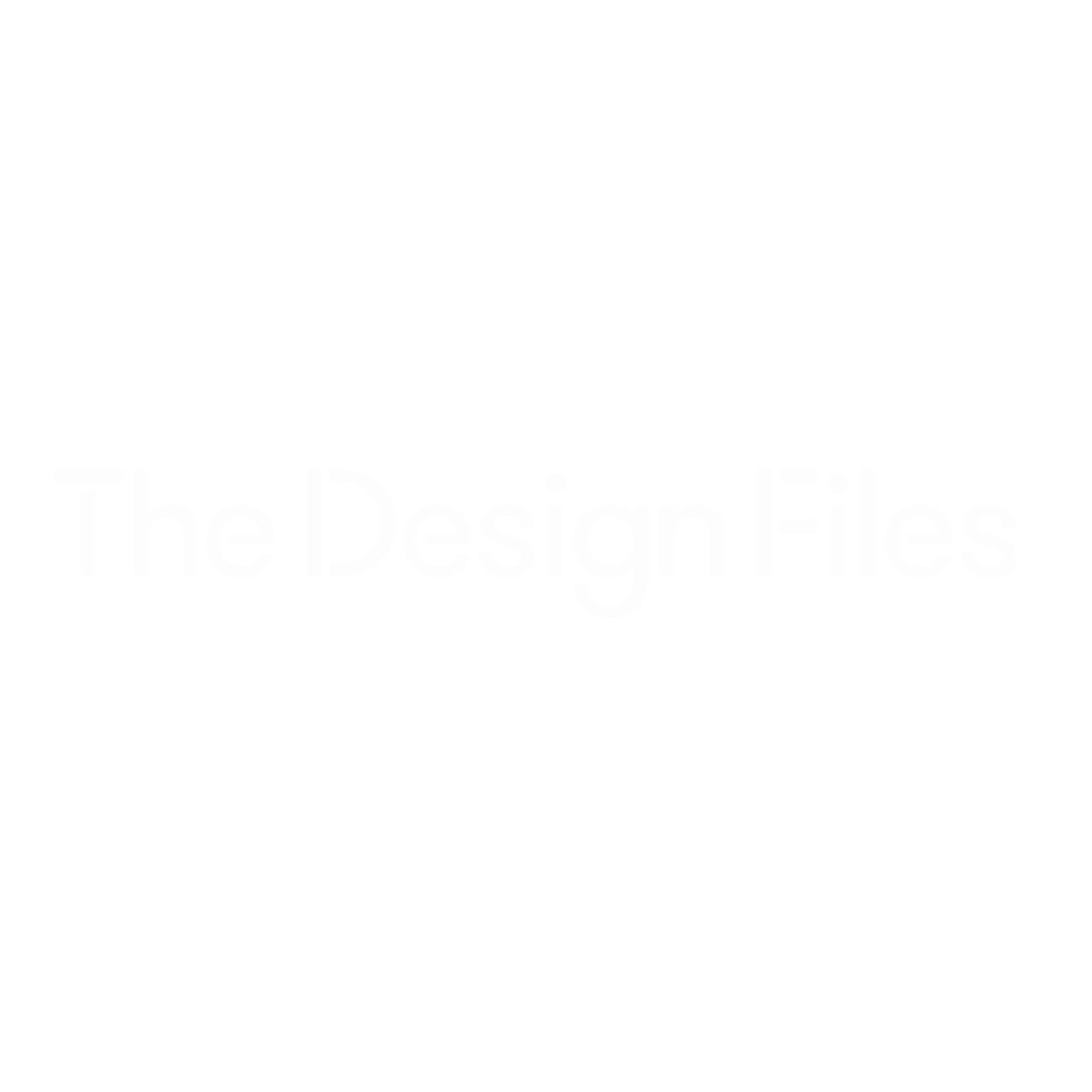 what our guests are saying

Miss Midgley's
5.0
Based on 8 reviews
review us on

Hannah Leser
02:13 21 Jun 22
We had a wonderful stay at Miss Midgley’s. The location was perfect and the apartments are both cool and elegant making for a very fun and comfortable stay. Beds are also to die for!

Merran Morrison
03:47 20 Jun 22
Loved this place. Superbly designed and fitted out, displaying an eye to quality in all the details which make for a special experience. Wish we had had more time to hang out there. Alas, the attractions of James St kept us out and about.

Brent Savage
02:14 20 Jun 22
Hidden gem tucked just down the road from all the best restaurants, shopping and cafes! The owners have done a beautiful job restoring this historic building. Perfect for a few days in Brisbane. We will be back!!

Robyn Copland
08:42 28 Mar 22
We were privileged to be the first guests ever booked into Mis Midgley's. Our stay in the Refectory was very enjoyable despite the rain. Our daughter and 2 dogs were welcomed as much as we were. This is high quality boutique accommodation. Lisa the owner welcomed us and the staff were excellent and readily available, particularly James, who even gave us a beautiful jar of honey to try. The rooms were very comfortable and extremely clean and well appointed. We enjoyed a swim in the lovely pool every day. We recommend Miss Midgley's to anyone. Robyn and Ian

Luc Shorter
03:02 16 Mar 22
My partner and I stayed for a week at Miss Midgley’s and from start to finish it was an outstanding experience. The renovation of the building has struck the perfect balance between accentuating the beauty of its historical features and providing all the modern conveniences and comforts. I was really impressed with the attention to detail and this was explained when I discovered that the owner and her daughter partnered on the project and that they’re both architects. Their effort and expertise is evident in the finished product. It’s a space that is a real delight to spend time in. Despite being the first guests in our apartment nothing had been overlooked and our interactions with the owners (who were staying in house at the time) were lovely - so kind and considerate. The history of the building is fascinating and you can read about it in a book they have had put together. Finally, the team managing our stay (Aaron and Nicole) were brilliant - responsive and clear in their communications. I would/will definitely stay here again and have no hesitation recommending it if you feel like treating yourself to something special; something with the trifecta of character, history and comfort.
‹
›

This building has lived many lives. Its journey began 159 years ago as a private home under the name of Cairncross House; an extremely rare example of colonial architecture built out of Brisbane’s heritage tuff. By the late 1860’s, the nun’s from Sisters of Mercy had converted it into an orphanage. 20 years later, a former premier of Queensland reclaimed it as his home. By this time, it had a new name; St Clair. The building was described as ‘one of the most substantially-built private residences in Brisbane.’ St Clair was used as a private hospital in the 1890’s before being sold to the Midgley family in 1903.

The Midgley family had a daughter – Annie. Annie Midgley converted her family home into a private school to aid the overcrowding at New farm state school across the road. She called it ‘Miss Midgley’s Educational Establishment.’

Annie Midgley was an artist and a teacher. She was ambidextrous, could instruct two pupils at the one time and write with both hands simultaneously. She painted in oils and water colours, modelled plaster busts and took up wood carving. Loved by her students, she was meticulously dressed with collars buttoned up the neck and lace up boots that went nearly as high.

We knew immediately that Miss Midgley would be our inspiration on the building’s next journey.

Reuse of this old building is our biggest saving of all

roof top solar and batteries to be off grid

all community lights on timers

dishwashing tablet – organic and no plastic

Situated on Brisbane’s premier retail street, miss midgley’s is a short walk to all of New Farm’s attractions; the best restaurants and bars, cycling trails, river walks and shopping.

Covid Safe design means this building has minimal communal spaces, no lifts and openable windows. Each apartment also has its own private outdoor space.

Pet friendly apartments on the ground floor have courtyards for your furry friends, no matter how big or small.

Parking is available on site, with a dedicated bike and car park spot for each apartment. 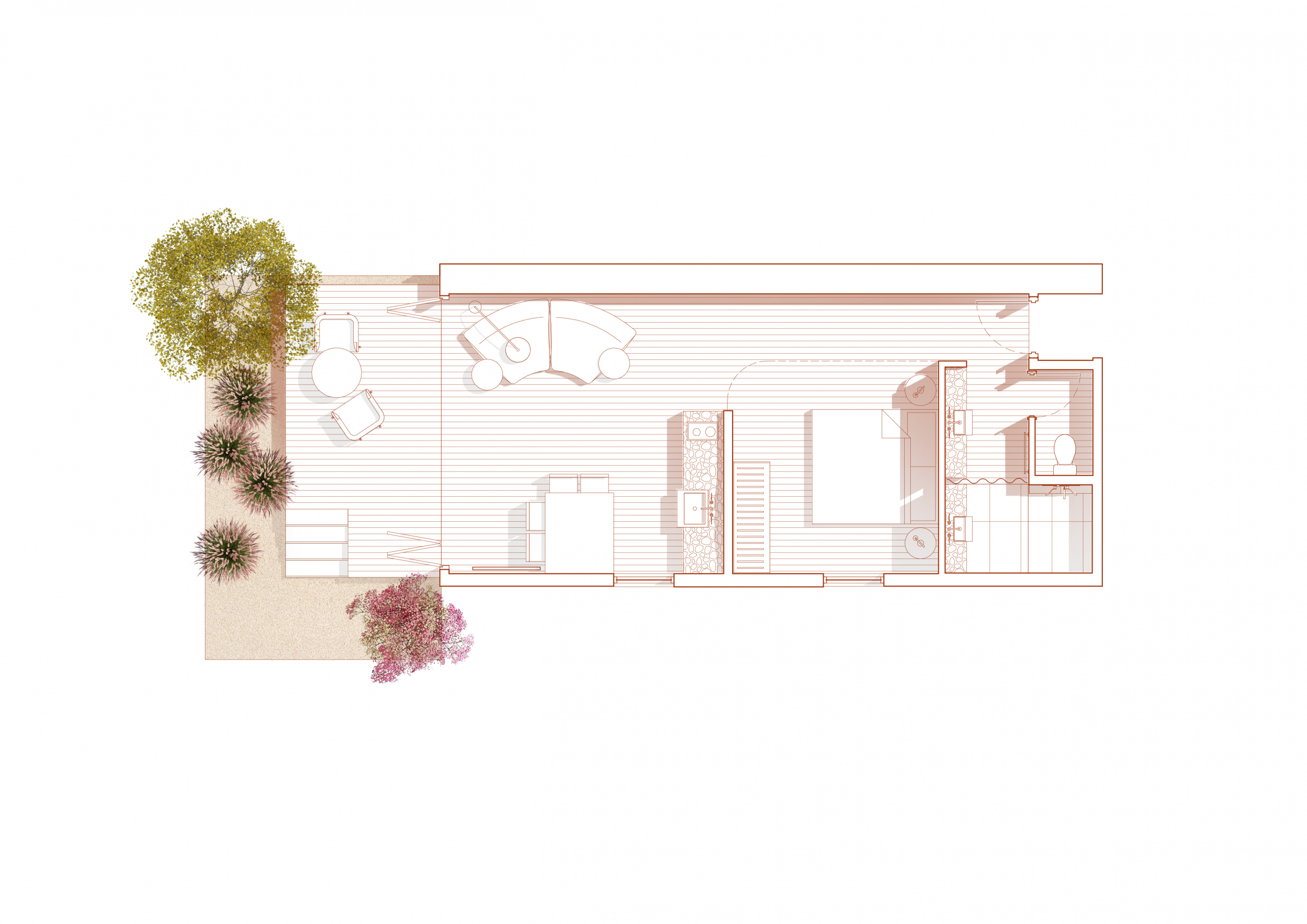 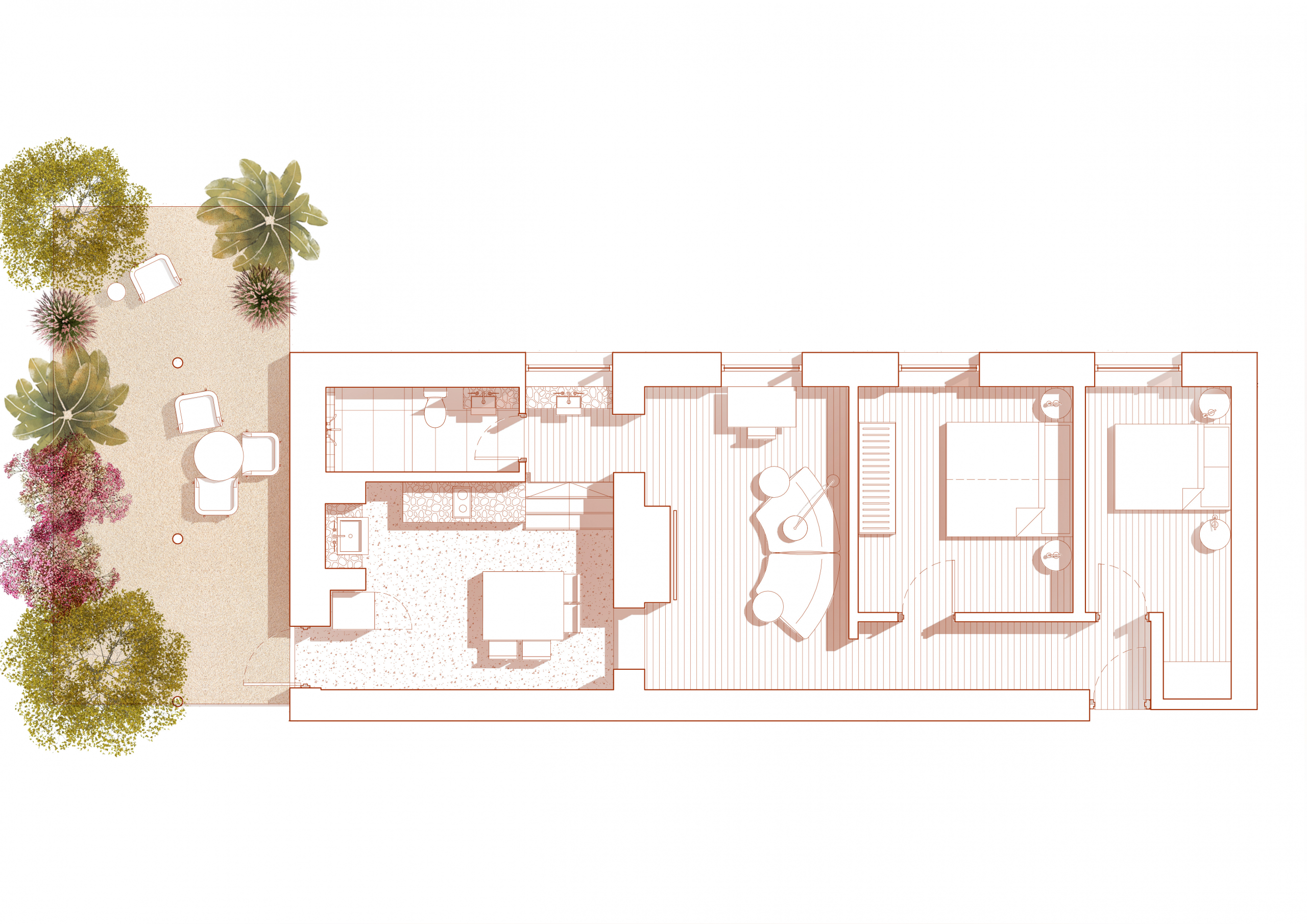 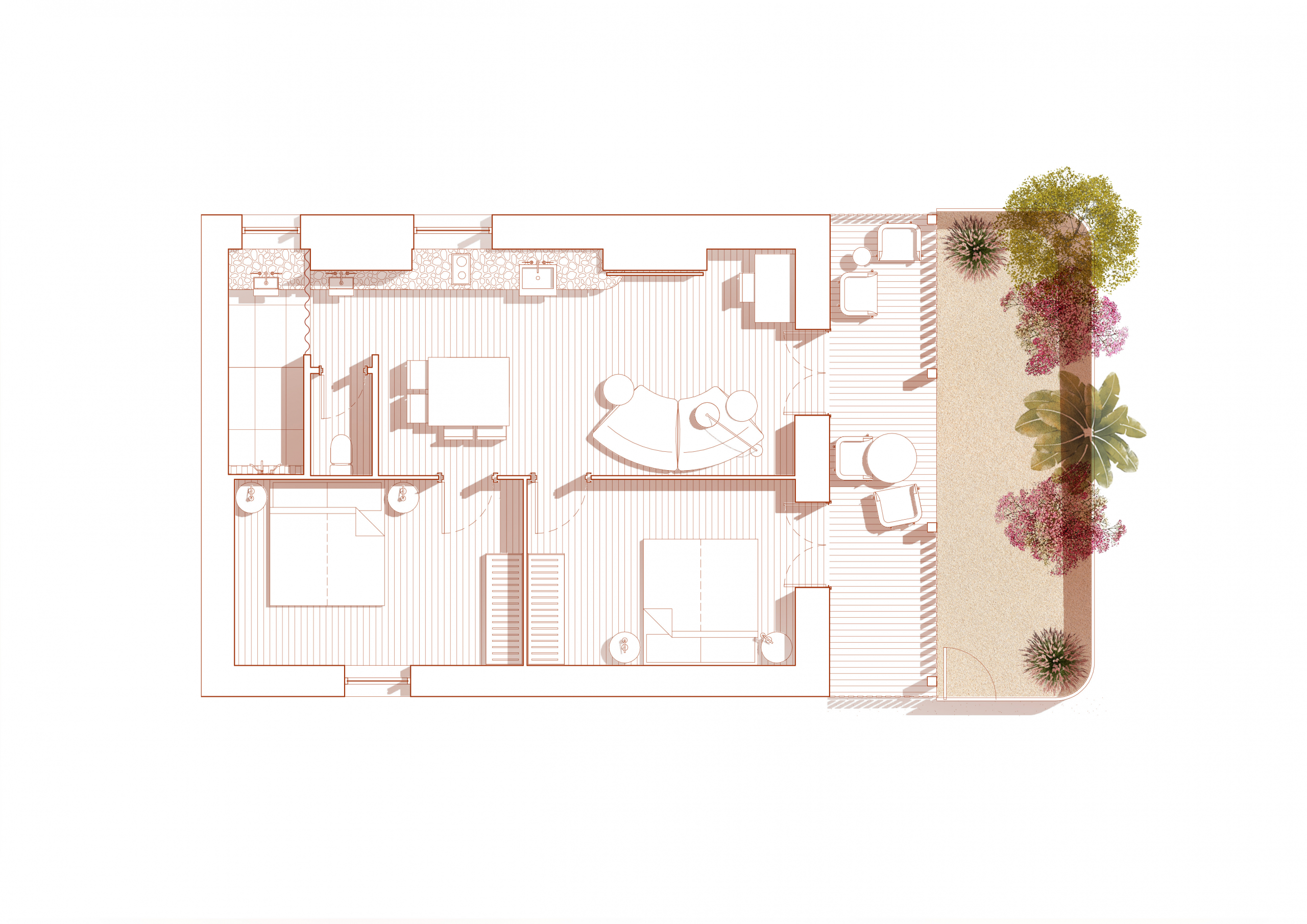 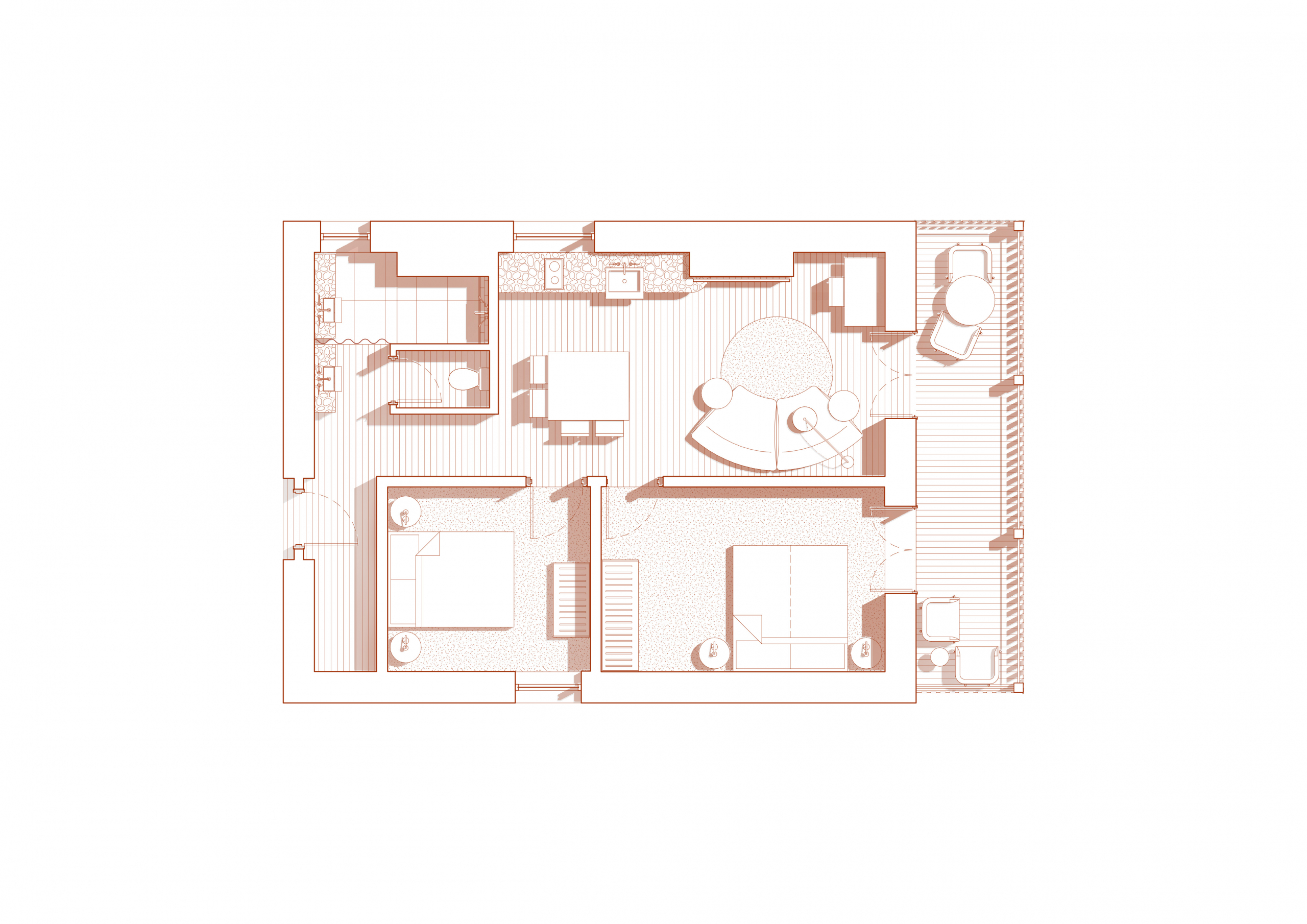 Situated on Brisbane’s premier retail street, miss midgley’s is a short walk to all of New Farm’s attractions; the best restaurants and bars, cycling trails, river walks and shopping.

Covid Safe design means this building has minimal communal spaces, no lifts and openable windows. Each apartment also has its own private outdoor space.

Pet friendly apartments on the ground floor have courtyards for your furry friends, no matter how big or small.

Parking is available on site, with a dedicated bike and car park spot for each apartment.

❌ no teabags ✅ biodegradable coffee pods ✅
Nestled in suburbia, staying at Miss Midgley’s i
You asked, we listened. We’ve just installed ful
📣 Incredibly happy to announce Miss Midgley’s
Each bedroom features a custom designed luggage ra
Looking for a place to stay in Brisbane with your
We are big fans of Australian made products. We’
We set up some rules when we were working on this
Mum and I agreed on almost everything except the s
Is it possible to think of everything you might ne
Principals office; this is our only 1 bedroom apar
We are very happy to be partnering with @seljakbra

New Farm is Brisbane’s most sought after suburb. Encased by the slow winding river, sprinkled with beautiful parklands, peaceful leafy streets and nestled between The City and The Valley (the home of Brisbane’s nightlife) New Farm has carved out its own identity. Don’t miss the New Farm Park Farmers Markets, or sitting riverside at the Powerhouse Museum enjoying a coffee or cocktail. The magnificent New Farm Riverwalk connects the park to the city, offering one of Brisbane’s most iconic views of the Story Bridge with soaring cliffs behind you. The riverwalk is only 10 minutes stroll from miss midgley’s front door. The real magic of miss midgley’s location is James St itself. James St is now recognised Australias premier shopping and dining precinct – the 5 top rated restaurants in Queensland are here, a stunning array of fashion boutiques and every furniture and homewares showroom worth visiting. Playing host to multiple street festivals, fashion conferences, and eat/drink awards, it has all the amenities you could imagine within a 5 minutes walk. Whatever your fancy, fine dining or pub meals, to cinemas and art galleries – you will find it on James St.

miss midgley’s acknowledges the Traditional Owners and Custodians of the Country on which this building sits. We pay our respects to the Turrbal and Jagera people and all Aboriginal and Torres Strait Islander Elders past, present and emerging.